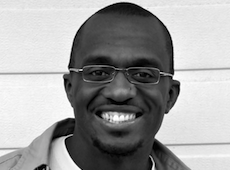 Dhati is the Lead Pastor at Blueprint Church in Atlanta, GA. Dhati, born and raised in California, moved to Texas for his undergraduate studies at the University of North Texas and his graduate studies at Dallas Theological Seminary (Master of Arts in Cross Cultural Ministries). While in Texas, Dhati served on staff at Denton Bible Church for 7 years. He started Plumbline, a very successful college ministry on UNT and TWU campuses. He served as the college pastor there and eventually planted a church, which he pastored for 3 years. During that time, he also served as chaplain to UNT’s football team and coached high school football (sports have always been a big passion for Dhati and a large part of how he came to the Lord).

Dhati furthered his training in Little Rock, AR at Fellowship Associates in 2008-2009, completing a year long course designed to train pastors in the area of church planting. After completion of that course, Dhati and his family moved from Arkansas to Atlanta, GA with dreams to start a church that was both culturally relevant and biblically accurate. Dhati, along with 25 other individuals moving from Texas to GA, launched Blueprint Church in 2009. Dhati’s passions are for church planting and discipleship.

Dhati is married to Angie Lewis and they have six beautiful children: Trinity(8), Jade(7), Briaiah(5), Dhati Jr(4), Brayden(3) and Christian(2)