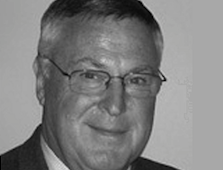 Bob Lupton has invested almost 40 years of his life in inner-city Atlanta.Â In response to a call that he first felt while serving in Vietnam, he left a budding business career to work with delinquent urban youth. Bob and his family sold their suburban home and moved into the inner-city where they have lived and served as neighbors among those in need. His lifeâ€™s work has been the rebuilding of urban neighborhoods where families can flourish and children can grow into healthy adults.

Bob is a Christian community developer, an entrepreneur who brings together communities of resource with communities of need. Through FCS Urban Ministries â€“ a non-profit organization which he founded â€“ he has developed three mixed-income subdivisions, organized two multi-racial congregations, started a number of businesses, created housing for hundreds of families, and initiated a wide range of human services in his community. He is the author of four books (Theirs is the Kingdom,Â Return Flight,Â Renewing the City and Compassion,Â Justice and the Christian Life) and the widely circulatedÂ Urban Perspectives â€“ Reflections on the Gospel, Grace and the City. Bob has a PhD. in psychology from the University of Georgia. He serves as a speaker, strategist and inspirer with those who seek to establish Godâ€™s Shalom in the city.