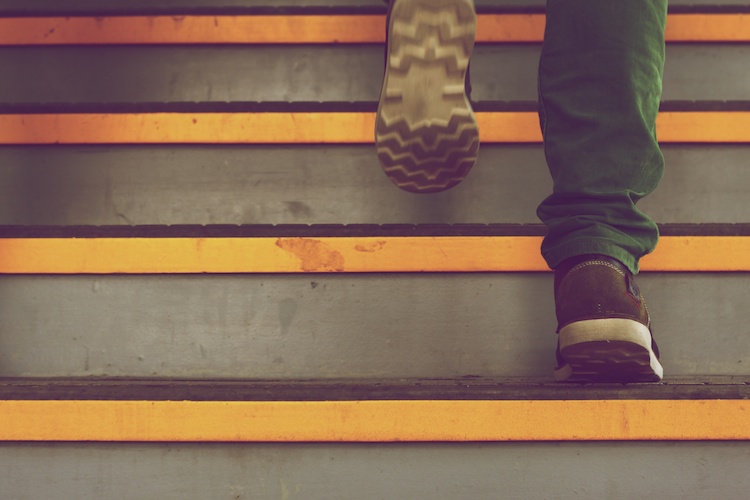 Order matters. This is true for massive, complex projects like launching something into space (see: launch sequence), and it is also true for small, simple things like baking. Across the board, when you get things out of order there can be devastating consequences.

When the apostle Paul challenged Timothy to reproduce himself in others, to broaden the number of leaders, and to hand ministry over to more people, he too had an order. He emphasized character over competence. He didn’t diminish competence, but he started with character. Notice the order of the language in this often-quoted leadership development verse:

The things you have heard me say in the presence of many witnesses, entrust to faithful men who will be able to teach others. (2 Timothy 2:2)

The verse does not read, “Entrust to able men who will be faithful.” Paul is not saying:

To the contrary, Paul essentially says, “Entrust all the important things to the faithful, and in time, they will be able.”

No doubt you have seen the devastating effects of character implosion in ministry leaders, whether prominent leaders of major ministries or individuals in smaller roles. When the role and responsibility outpace the leader’s character, disaster is inevitable. And more people than the leader suffer. Competence is important in ministry, but character must be first in these two realms:

1) Character first in your life

While the apostle Paul was far from perfect, he was faithful. He was able to say, “Do what you have learned and received and heard and seen in me, and the God of peace will be with you” (Philippians 4:9). Paul’s life was a sermon to those he served. The lives of great leaders are lessons to those they serve.

When a ministry leader falls externally, the leader has long before imploded internally. David’s well chronicled fall manifested itself in adultery and murder, but the seeds for the implosion were already in his heart. He was isolated in Jerusalem while his men were at war. Instead of being the man who “sought God through the watches of the night,” he walked around on his roof looking for something else. He was filled with pride and entitlement.

Because we are prone to wander, we must repeatedly and continually return to Jesus. If we sense a drift in our affections toward Him, then we would be wise to repent, to beg Him to redirect our hearts. If our character is suffering, in time our leadership will as well. All will be revealed. Charles Spurgeon no doubt had this in mind when he reminded leaders to first feed themselves before feeding others:

You cannot feed lambs, or sheep either, unless you are fed yourself. I think a teacher is very unwise who does not come to hear the gospel preached and get a meal for his own soul. First be fed, and then feed.

2) Character first in your team

There is a temptation to hire or recruit competence over character. Competence has the quicker return, and when deadlines are looming or balls are being dropped, the pain is often great. But a lack of character on your team has far more damaging long-term effects. A very talented person with little integrity is a hindrance to the ministry. There is no amount of training, skill, or charisma that can sufficiently cover for a lack of integrity.

As you bring people onto your team, consider his/her:

Caring about your team’s character begins with the ongoing process of building and assembling the team, but it does not end there. Care for their souls. Pray for them. Remind them of the grace of God. If you sense a lapse in character, if the Holy Spirit brings something to your mind, don’t bury it. Behind closed doors, have an open and honest conversation.

Entrust the ministry and the message to the faithful who will be able. Reversing the order of Paul’s famous leadership development verse may provide short-term relief, but it has massive long-term implications.