Are You A Sojourner Or Settler? 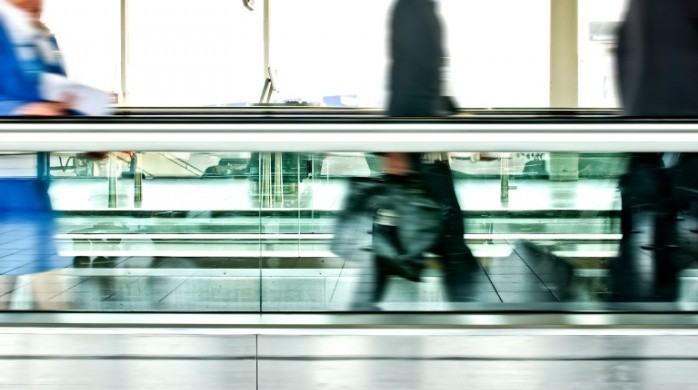 Originally posted on The Traveling Team, whose vision is “”Igniting vision and passion for the world and raising up World Christians/Campus Mobilizers on every campus.”

Sojourning – Learning to live in the epic of God’s Story.

From the beginning of time, starting with Adam & Eve, mankind has desired to be a settler. In Genesis 1:28, God’s first command to mankind, He says “be fruitful, multiply, and fill the earth. In Genesis 9:1, as Noah and his family get off the Ark, God tells them “be fruitful, multiply and fill the earth.” It is clear that our Creator’s desire is to fill the earth with worshippers of Him. As you continue in God’s Story, you find the descendents of Noah, all living together in one city with one common language, saying in Genesis 11:4 “Let us build for ourselves a city with a tower, that reaches to the heavens, so that we can make a name for ourselves, and not be scattered over the face of the whole earth.”

It was also clear to the descendents of Noah, what God’s plans and purposes were. They were to be sojourners and not settlers, yet they chose to directly disobey God’s desire. In Genesis 11:8 we see that God gets what He desires, whether men obey or not. For in an instant God scattered these people over all the earth, confused their language, and they stopped building the city. We see that it is God himself not man that created the world’s nations, the diversity of cultures, languages, and peoples.

The more we get know God and His Story, we learn that God’s Story is an epic. An epic is a story big enough to live in. Sojourning and being a sojourner is all about learning to live in the context of God’s Story, not trying to make our own little story. Mankind’s search and strive for independence of its Creator God is evident through the stories of the Bible and even today in America. The search and pursuit of the American Dream is what life in the United States is all about, and we are modeling it for the entire world to see.

In the Tower of Babel the people wanted prestige, power, and to settle in one place. The exact opposite of their Creator God’s plan. The American Dream offers the building of one’s own wealth, so that they do not depend on anyone or anything for the rest of their life. The ability to own land and our own home is the dream of all people. It is the mentality of the American Dream that keep us from seeing God work around us.

A Sojourner is a stranger and alien to this world. In Hebrews 11, the faith chapter shares the stories of the great sojourners of faith who followed God in their life and in their death. Hebrews 11:13 “In faith died all these, not having received the promises, but from afar having seen them, and having been persuaded, and having saluted them, and having confessed that strangers and sojourners they are upon the earth.” All these men of faith modeled a lifestyle that showed that they understood that they were just temporary dwellers on this earth. They understood that they were not to setup home on this earth.

These men of faith knew that they were just passing through as followers of Christ, who is preparing them a permanent residence in Heaven. These men made decisions that cost them their lives, but used that cost to invest in their Creator’s eternal Kingdom. Jesus prays for his disciples as aliens and sojourners on the earth “My prayer is not that you take them out of the world but that you protect them from the evil one, they are not of this world, even as I am not of it.”(John 17:15-16) Jesus was not praying for his disciples to be taken out of danger, but to protect them in the presence of danger. Jesus did not pray that they would all live together in a safe place, but to stay in the dangerous places to build relationships with the unreached. A sojourner is a resident that chooses to live as an alien, because he knows that his real home is in heaven with his creator.

Their lifestyle reflects that they are one who abides, a stranger in a foreign land, one who stays for a while, always moving forward, always growing. A Sojourner is constantly changing, pioneering, initiating, and trail blazing as a part of Christ’s revolution. A Sojourner is one who sojourns, which means to abide, to live, to dwell, and live as an alien. Sojourning means to be on pilgrimage, one who views life not as a destination but as a process, a continuous journey.

In the story of Abram, the power of the story is not about the great things that Abram did. Abram, was a descendent of one of the seventy nations God created at the Tower of Babel. When you compare what the people wanted at the Tower of Babel, to what God promised Abram they are the same. In Genesis 12:1-3 “The Lord said to Abram leave your country, your people, and your father’s household and go to the land I will show you. I will make you into a great nation, and I will bless you; I will make your name great and you will be a blessing. I will bless those who bless you, and whoever curses you I will curse; and all the peoples of the earth will be blessed through you.”

The power behind the story of Abraham is that through Abraham’s faith to obey God kept His promise to make Abraham’s name great, Abraham’s family into a great nation, and to bless all the peoples of the earth for all generations through him. The story of Abraham is not about him getting to the promise land, it is about Abraham being dependent on his Creator God. It was God that changed his name to Abraham, which means father of many nations. The story is about Abraham leaving all that he knew to follow a God he did not know, to a place that God had not even told him.

Do you feel the extreme dependence that Abraham must have felt? Abraham was a sojourner, a Gentile, a man from the nations, who was wealthy, and a prominent member of his community. God asked Abraham to leave all this stability behind to follow Him. God is asking us to follow this great example of pilgrimage ourselves, today in this modern age. The American Dream says we are to settle, stay close to family, make lots of money, take care of our family, and have a nice home, with as much security and stability as possible.

From the beginning of time, mankind has been fighting this battle to settle and not be scattered over the face of the earth.

Are you going to sojourn or settle?